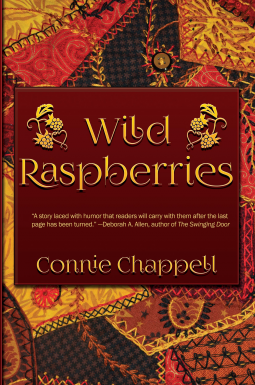 Here we have a book with the ultimate love triangle!  To start with Jack/John dies.  Dan his son also dies, in a different situation.  So, we are left with...

What better way to bring out the many truths they have hidden behind their lies, than to go on a trip to the cottage that Jack purchased and left to Callie (the girl friend).  This plot plays with your mind as you untangle all the hidden events that connect all the characters.

Just as friendships seem to unravel so does another link in the web of lies.  This is one drama I wont forget in a hurry.  Some of the lies I saw coming, whereas others shocked me.  This is a well thought out plot that will leave you analysing well after the book is finished.  I don't think it is over for me even though the ladies have joined together in harmony, I still have my questions and doubts.  I want to know more about Jack/John.  How did he manage to keep his secrets so long?  Other than a deceptive husband and lover what was he really like.  And, what was Dan (the son) like?  This was touched on a little but I thought he was in the background a little too much.  I wanted to know more about him so I could understand the importance of Lizbeth a bit stronger.

Overall, I enjoyed this book.  I have spent the last of my afternoon reading to see the outcome.  It got to the climax and I was hooked for the rest of the book, unable to give it up.


When Callie MacCallum sews her first quilt after the death of her lover Jack Sebring, she doesn't realize she'll be drawn into a Sebring family battle between wife and daughter-in-law. She simply wants to fulfil her promise to Jack to visit their cabin in the West Virginia mountains, where their long love affair was safely hidden.
Instead, her emotionally reminiscent trip becomes crowded with the two Sebring women, a grief counsellor, and the massive role Callie assumes. She must speak for Jack in order to protect his four-year old grandson Chad from his stubbornly manipulative and blame-passing grandmother and his recently widowed and power-usurping mother. Callie understands both women grieve the loss of Chad's father. He died when a raging storm split the tree that crushed him.
Grief isn't the only common thread running between the four women. One by one, their secrets are revealed on the West Virginia mountaintop.


This was available from:  Amazon, Fishpond and Book depository

Thank you to NetGalley and Black Rose Writing for enabling me to have a copy of this to review.