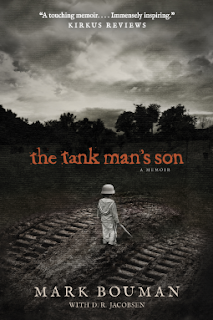 I have to apologise, I will not be able to get my post up for 'mentoring and educating the teens' until tomorrow.  The reason is this book!  I just had to keep reading.  There was no helping it.  I was stuck in the pages of this boy/mans life.

The description claims this book is 'in the tradition of ... Angela's Ashes'.  With 'Angela's Ashes' being one of my favourite books from many years ago, I was interested in reading this one.  Did it add up to being in line with the accreditation of Angela's Ashes?  Yes, for me it did.  It was well written in that he didn't only tell the bad parts of his life, but also parts in which he did smile, and did learn things.  The things this this family went through because of the father is mind boggling.  The beginning was one of which society shaped the life's of two young people who had made the mistake of pregnancy, in a time when it was shunned.  I question what would have become of these two teens had a pregnancy not demanded marriage.  But it did, and life grew crazier and scarier as each year passed.  The children lived through the ever decaying relationship, in a home that I struggled to imagine, with a father that can only be explained within the pages of this book.  It was the most eye-opening story of abuse I have read, ever.  I question that statement when I think of Angela's Ashes, but I still come to the same conclusion, this story was beyond my comprehension.

Even though Mark's childhood was the main structure of this book, it was the final chapters that grabbed me the most.  The way his life transformed, to become the testimony which the final pages presents, left me wanting to know more.  I cannot say too much about the end chapters or I will spoil the book.  What I can say is I would like to see more books about what Mark Bouman is doing now.  What he did to protect the children in his care was outstanding and humanity as it should be.  As I write this I still sit in amazement as to where he was led, and how he now reacts to the childhood he missed; or rather how used it to bring some good to the world.

In the tradition of The Glass Castle and Angela’s Ashes comes the most unforgettable memoir you’ll read this year!“What did it mean to be the Tank Man’s son? To grow up overwhelmed by my father’s presence and personality? It was as if I didn’t exist, as if I was just something else for my father to crush.”

So begins the haunting memoir of Mark Bouman as he recounts the events of his childhood at the hands of his larger-than-life, Neo-Nazi father in brilliant, startling detail. From adventure-filled days complete with real-life war games, artillery fire, and tank races to terror-filled nights marked by vicious tirades, brutal beatings, and psychological torture, Mark paints a chilling portrait of family life that is at once whimsical and horrific—all building to a shocking climax that challenges even the broadest boundaries of love and forgiveness.

An epic tale of redemption and reconciliation, The Tank Man’s Son is a literary tour de force that is sure to become an instant classic

This was available from: Fishpond, Amazon and Book depository:

https://www.amazon.com/s/ref=nb_sb_noss?url=search-alias%3Daps&field-keywords=the+tank+mans+son
Posted by Richelle at 03:47