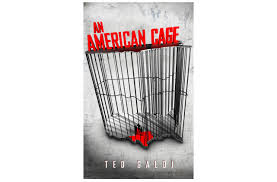 I would like to thank Ted Galdi for the opportunity to read this brilliant novel.  I enjoyed this right from the opening pages, as three prisoners escape from prison, to the final pages which were full of page turning suspense.

I found myself often reading to find out what was happening to Jane rather than the prisoners.  Just so you know where I am coming from with Jane, she was a hitchhiker they picked up along the way and she quickly became a suspect.  I had all forms of ideas running through my head as to where Jane could go within the novel.... all of them ended up being wrong.

It was the unravelling of lies and truths that kept me reading; I thought were well woven into the plot.  It always amazes me how good guys can cover up a number of sins and get away with it.  Well, for a time that is.  As the information unravelled the novel became more dangerous and suspense packed.  I found myself turning the pages (as you do on your Kindle 😀) quicker and quicker as I came to the final quarter.  The climax was well plotted and organised, I thought it connected the whole story together well.  It has been a while since I have read a book of this genre and I have missed them.  Crime/suspense and fantasy have become my favourite genres over time much to my surprise.   An American Cage ticked all the boxes for me.  I really enjoyed it.

Three inmates break out of a maximum-security prison in Texas, one of them Danny Marsh, a suburban kid in his twenties who landed in jail because of a crime he never intended to commit.

An American Cage follows Danny and his two escape partners over a twenty-four-hour period as they struggle to cross Texas to freedom in Mexico. On this dangerous journey, Danny has to evade the rabid Texas authorities, and even worse, the schemes of one of his closest allies, who isn't who he seems.

The second novel by Amazon #1 bestselling author and multi-award winner Ted Galdi, this psychological thriller is packed with suspense, twists, and grit, all while having heart. The story follows its young male protagonist on a journey of self-discovery and redemption as he weaves through a rocky landscape of family issues, guilt, betrayal, and questions about the nature of good and evil.

Along the way, he encounters an eclectic supporting cast, including a renowned psychology professor, a car thief, a young female hitchhiker, the leader of a biker gang, and a small-town Texas policeman with big ambitions.