Racheal has done it again!  She has written a sequel to Spark that was just as gripping as the first in the series.  I hate it when I start reading a trilogy only to find that I should have stopped with the first book.   Stray only left me wanting to turn page after page.  I am eagerly waiting for next year when Rachael Craw plans to produce the third book in this series, Shield.
What made this book so readable?  The characters were intense.  It was as if I was in the room with them.  There was plenty of action to keep the suspense of the next chapter leading me to read just one more page, before I went to sleep.  Problem being, it was never enough and one page lead to another hour of reading.  The plot was very interesting.  How on earth do writers come up with such ideas?  I can only wish I had just a little of such an ability.
Now in my opinion this series would make a fabulous movie.  I enjoyed the Insurgent series.  I enjoyed the  Insurgent movies (I was a little disappointed in the Divergent movie).  Now this series I am enjoying by far more.  I would be the first in line for movie tickets if this ever made its way into the theatres.
Here is a peak at the book through its blurb:
Evie is a shield: designed to kill in order to protect, and the Affinity Project have finally come for her.  But Evie isn't ready for the sinister organisation to take control of her life, her body, her mind.  She isn't ready to follow their rules about who can live and who must die - not when it condemns the innocent.  She has one option: risk losing everything and everyone - including Jamie - and run.
This was available from: Fishpond and Amazon
http://www.fishpond.co.nz/Books/Stray-Rachael-Craw/9781922179630 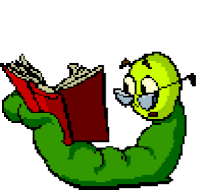