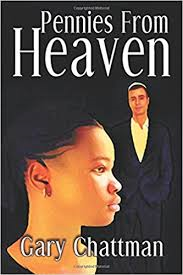 From the start, I would say it was the narration that I found the most interesting concept of this book.  It was written in third person format, but I wouldn't say it was normal third person narration by any means.  It was written as if I was being spoken to by the narrator.  For example: 'Let's not forget the diary, folks." and "Let's examine a bit.  He fell down the stairs, cracked his head maybe?...".  Now do you see my point about the narration.  Interesting perspective.  I did enjoy it though.  It was as if I was sitting in a cosy lounge being told a story by a friend.  I guess you could say, Gary Chattman became a friend as he told my a story about man who ended up back in time.

Now back in time... That was even presented a little different from the normal time travel book.  He went back in time to exactly the same apartment, but with the 'things' were different.  He had a daughter in 2016 (until an accident) and in the past he adopted a daughter.  Things fell into place as though he had always been there... in both places.  It was an interesting take on time travel.

What did impress me was all the historical events spoken of.  I was left thinking it would actually be a good school reader book.

So, over all I enjoyed this for the interesting take on narration, time travel, and history.  I don't exactly know where the author took me, from the beginning to the end of the story.  But, I did venture into the story and through different time spans.  I was left smiling and thinking.  A book is good if it leaves you thinking.

Time. What is it? We all know the answer to that question: twenty-four hours per day; each and every day of our lives. There is no rhyme-or-reason for this. But for Aaron Cohen, time wasn't exactly time. You see, one day he was a functioning man of age 32, living in 2016. Suddenly his idyllic life was interrupted when, in a sudden taxi crash, his loving wife and three-year-old daughter were taken from him. Imagine! Living the life of Riley--and the next...

He found himself in 1936. He found and adopted an Afro-American 10-year-old girl named Penny. These two would continue to live out their lives in 1936. But there was history upcoming--a war and a Holocaust. Aaron is aware of history to come. He now has two missions, and a responsibility--to prevent the destruction of six million Jews and a new life--with his daughter.

This was available from: Book depository, Amazon and Fishpond